Once in a while, it is worth going full out on a good plate of tacos. Homemade salsa, charred tortillas, the whole shebang. This is one of those meals. The end result of a lot of work is a delicious, complex meal with layers of flavor. Our spicy fried fish tacos can be customized in any way you want, but promise that you’ll give this slaw a try. The jicama might seem intimidating if you haven’t used it before but it could not be more simple. My first experience tasting raw jicama was at the legendary Flour Bakery & Cafe where Chef Joanne Chang uses jicama in her roast chicken sandwich, which is possibly the best sandwich in Boston.

To make dinner time easier, I recommend making the slaw ahead of time. You could set aside some time during a work from home lunch, or even make it the day before. Even if you make it all at once, start with the slaw so that it has time to sit and marinate. This has the added benefit of letting you pull your fried fish off the stove and serve it right away when it is at its crispiest!

The slaw will take some time to prepare, but most of that is getting the vegetables ready.

Start by thinly slicing your red cabbage. You could do this using a vegetable peeler, or to save some time buy pre-shredded red cabbage. Green cabbage is a fine substitute here, but the gorgeous color and extra crunch of the red cabbage adds so much.

Next, prepare your red onion. Cut the onion in half from root to stem and peel off the papery skin. Cut off the top and bottom and thinly slice against the curve.

Preparing the jicama will be significantly easier if you have a food processor with a grater attachment. Start by peeling the skin off the jicama, cut it in half lengthwise and then crosswise until the pieces are small enough to fit into the feed tube of the food processor.

If you don’t have a food processor with the grater attachment, you can either grate the jicama on a box grater or cut it into matchsticks.

Add all of the cabbage, jicama, and red onion to a large mixing bowl and set to the side. In a small bowl whisk together the mayonnaise, lime juice, salt and pepper. Pour sauce on the vegetables and toss until they are evenly coated. Taste and adjust salt or pepper.

For the fish, the key is to get everything prepared and laid out for assembly.

In a medium mixing bowl, mix the spices together with a fork to ensure even distribution. You can easily substitute this mix for a cajun or blackening spice blend.

In a separate large mixing bowl, whisk all of the ingredients for the tempura batter.

Prepare your fish by cutting perpendicular to the grain of the fillet creating small, 1 inch wide strips. If your fillet it very wide you can cut those strips in half to fit into your tortilla.

Heat oil until shimmering. You’ll know it is hot enough when a small drop of batter sizzles immediately when it hits the oil.

Toss your prepared fish first in the spice mix, then coat in the batter and slowly add to the oil. Be careful not to overcrowd the fish, and keep in mind you will likely need to do this in two or three rounds. The fish should fry for 4-5 minutes on each side and be set on paper towels to drain when it comes off.

The fish and the slaw pack tons of flavor on their own, but we always encourage more toppings for tacos.

Personally, I like to heat up some corn tortillas on a cast iron to get some charred spots for maximum flavor. I add a swipe of guacamole or smashed avocado, then the fish, the slaw, cilantro, and hot sauce. An extra squeeze of lime juice or some pickled jalapeños would be welcome to the party too.

Have your own inspirations for what to add to these fried fish tacos? Let us know in the comments what else you used to dress these up!

Megan is… very snooty about fish. She grew up in a fishing town with access to high quality, fresh off the boat fish anytime. That being said, for this fried fish taco recipe you don’t need to break the bank. Cod fillets at the fish counter are usually one of the least expensive options, but if haddock or another white fish is a better price you can absolutely substitute in this recipe. We have not tested this recipe with frozen fish, but are sure you could do so! Just be sure to make sure your fish is completely defrosted before frying. Let us know if you try how it comes out.

Also called purple cabbage, this hearty vegetable is one of the most used in our kitchen. It is versatile and lasts in the fridge forever, so even if you only use 1/4 of the head in this recipe you can rely on it for up to two weeks. Slice some off to add a delicious crunch to salads or sandwiches anytime.

We have made this recipe with both regular and light mayonnaise and the difference in indiscernible (to us). Megan comes from a family with a major mayo-aversion, though, so we also have tried these types of slaws using greek yogurt in place of the mayo. It works like a dream. Here’s looking at you, Mike.

This is the most unusual ingredient on the list, and we know that will scare some people off. Hear us out, though! Jicama is an amazing root vegetable that presents more like a fruit. It is slightly sweet and has the best crunch. Many grocery stores carry them, and they look like a big potato. If you can’t find it or just don’t like fancy ingredients, that is totally fine. We recommend substituting with apple, which you can cut into matchsticks for a similar effect. The apple won’t hold up as well in the slaw long term though, so you may want to make it day of. 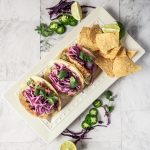 Fresh cod is coated in blackening spices before being battered and fried and added to these delicious tacos. Finish them off with a scoop of guacamole and some fresh red cabbage and jicama slaw for the perfect balance of sweet, spicy and salty. 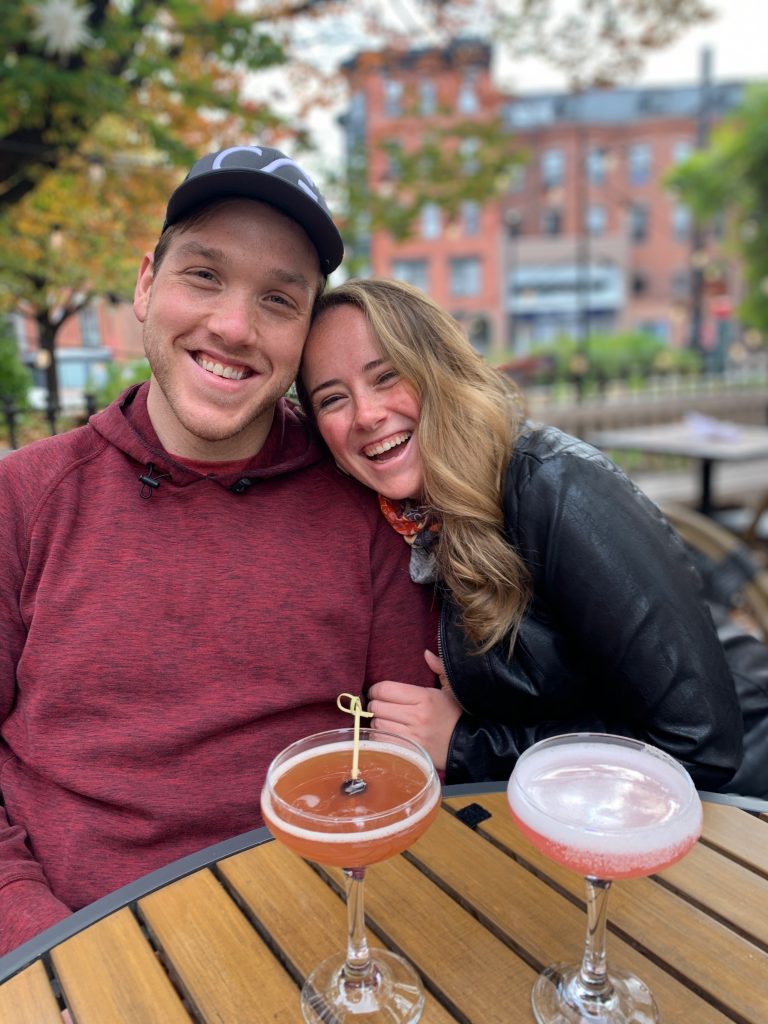